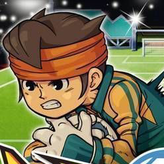 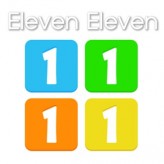 Follow the very talented goalkeeper named Endou Mamoru as they try to win one soccer match after another in this soccer role-playing video game – Inazuma Eleven!

Inazuma Eleven is a sports role-playing video game released back in 2008 for the Nintendo DS (NDS) handheld console. The game focuses on Endou Mamoru and the Raimon Junior High soccer club. The game is split into two parts – the RPG game where you must interact with various characters, and the actual soccer match. The game features almost a thousand playable characters that you can recruit and add to your team – each character will have a huge variety of skills that can determine the success of your team. Will you be able to create a perfect team and lead your soccer club to victory? Good luck and have fun!

Play Inazuma Eleven game online in your browser free of charge on Arcade Spot. Inazuma Eleven is a high quality game that works in all major modern web browsers. This online game is part of the Sports, Soccer, Emulator, and Nintendo DS gaming categories. Inazuma Eleven has 9 likes from 10 user ratings. If you enjoy this game then also play games Winning Eleven World Soccer and Eleven Eleven. Arcade Spot brings you the best games without downloading and a fun gaming experience on your computers, mobile phones, and tablets. New arcade games and the most popular free online games are added every day to the site.