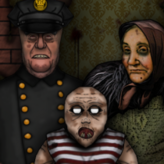 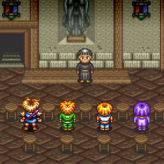 Follow the boy named Will as he embarks on a quest to stop a comet from destroying Earth in this awesome classic action RPG – Illusion of Gaia! Experience a beautiful story as you laugh, cry, and solve puzzles with Will and his friends.

Illusion of Gaia (also called The Fantasy Chronicles of Gaia) is a classic 1994 action role playing game for the Super Nintendo Entertainment System (SNES). The game features a large cast of characters but the player can only control three, namely; Will – the main protagonist, Shadow, and Freedan. Follow Will as he tries to stop the comet from destroying Earth while trying to find his Dad who got separated in the Tower of Bable. This game is similar to Legend of Zelda Link to the Past and Secret of Mana. If you like those games, then this one is a sure treat. Have fun!

Play Illusion of Gaia game online in your browser free of charge on Arcade Spot. Illusion of Gaia is a high quality game that works in all major modern web browsers. This online game is part of the Adventure, Arcade, Emulator, and SNES gaming categories. Illusion of Gaia has 5 likes from 5 user ratings. If you enjoy this game then also play games Castle of Illusion starring Mickey Mouse and Classic Castle of Illusion starring Mickey Mouse. Arcade Spot brings you the best games without downloading and a fun gaming experience on your computers, mobile phones, and tablets. New arcade games and the most popular free online games are added every day to the site.