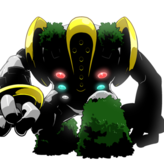 Discover the relics of the past and explore mountainous terrain in this new fan-made Pokemon adventure! Save the region from a disaster in Pokemon Gaia! Climb walls and mountain tops with your mountain gear and discover rare pokemon from 3 various generations!

Pokemon Gaia is a fan-made Pokemon hack / mod that features all Pokemons from Generations 4, 5, and 6 as well as their variants. The game features dozens of tested styles from other Pokemon games such as the Generation 6 capturing style. The Pokemon White and Black repel system are also implemented. Will you be able to uncover the mystery of the Orbtus region and prevent the earth from consuming it once again? This Pokemon Gaia game version is 2.5! Enjoy collecting and fighting various Pokemons and try to rescue the Orbtus region from the coming peril.

Play Pokemon Gaia game online in your browser free of charge on Arcade Spot. Pokemon Gaia is a high quality game that works in all major modern web browsers. This online game is part of the Adventure, Strategy, GBA, and Pokemon gaming categories. Pokemon Gaia has 145 likes from 162 user ratings. If you enjoy this game then also play games Pokemon Fire Red Version and Pokemon Emerald Version. Arcade Spot brings you the best games without downloading and a fun gaming experience on your computers, mobile phones, and tablets. New arcade games and the most popular free online games are added every day to the site.