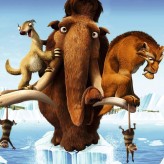 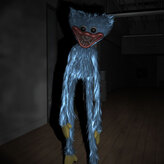 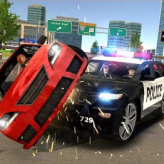 Help your prehistoric animal friends escape the biggest flash flood in Ice Age 2: The Meltdown. Go on a daring and dangerous adventure as you help them survive the game just like in the movie.

Ice Age 2: The Meltdown is a 2006 action-adventure video game for the Game Boy Advance (GBA) that is based on the film of the same name. In this game, you will play the role of Scrat and interact with your favorite prehistoric animals from the film. Explore all the regions as you try to get lots of nuts while interacting with the other characters in the game. Help Sid, Manny, and Diego escape the biggest flood in history and defeat a variety of scary creatures and every boss level! Good luck!

Play Ice Age 2: The Meltdown game online in your browser free of charge on Arcade Spot. Ice Age 2: The Meltdown is a high quality game that works in all major modern web browsers. This online game is part of the Adventure, Action, Emulator, and GBA gaming categories. Ice Age 2: The Meltdown has 2 likes from 2 user ratings. If you enjoy this game then also play games A Dance of Fire and Ice and Justice League Heroes - The Flash. Arcade Spot brings you the best games without downloading and a fun gaming experience on your computers, mobile phones, and tablets. New arcade games and the most popular free online games are added every day to the site.