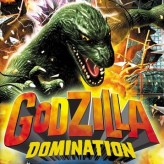 Take control of a giant beast and protect the cities of man by fighting various monsters and saving mankind from Meteor X in Godzilla – Domination! Stop the berserking monsters and make your way to Meteor X and destroy it!

Godzilla – Domination! is a 2002 Game Boy Advance Video game featuring giant monsters battling on top of populated cities. In this game, Meteor X appeared suddenly on top of Tokyo 2 and projected magnetic waves that caused several monsters to go berserk. Control Godzilla and defeat all the monsters and stop the chaos. The game features 6 usable monsters in the arena, 7 arenas to play, 3 different game modes, and supports 6 different languages. Play as the giant beast and overcome all the others!

There have been 24 likes from 31 votes on this game.

Play Godzilla - Domination! game online in your browser free of charge on Arcade Spot. Godzilla - Domination! is a high quality game that works in all major modern web browsers. This online game is part of the Arcade, Action, Emulator, and GBA gaming categories. Godzilla - Domination! has 24 likes from 31 user ratings. If you enjoy this game then also play games Super Godzilla and Godzilla: The Series - Monster Wars. Arcade Spot brings you the best games without downloading and a fun gaming experience on your computers, mobile phones, and tablets. New arcade games and the most popular free online games are added every day to the site.