Garfield - Caught in the Act 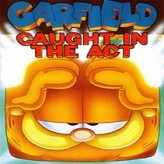 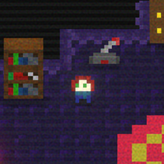 Our dear fat cat Garfield got himself trapped inside the TV! Join the phlegmatic feline in his journey to find a way out and back to reality in Garfield – Caught in the Act! Defeat the Glitch and lead the cat out!

Garfield – Caught in the Act is a classic 1995 platformer video game released for the SEGA drive. The game is based on the comic and cartoon franchise Garfield and features hand-drawn sprites by the original Garfield artist. In this game, Odie and Garfield ‘accidentally’ broke the TV to pieces. While fixing the TV they again ‘accidentally’ created a monster called Glitch that transported Garfield into the television. Will you be able to help Garfield defeat the Glitch and find his way back home? Have fun!