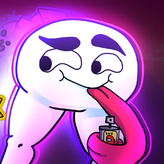 FNF: V.S. Tankman High Effort Ugh 2.0 is a popular mod for Friday Night Funkin' that features Tankman. Play the song Ugh and nothing else.

FNF V.S. Tankman High Effort Ugh 2.0 is a simple mod overhaul of the original Friday Night Funkin' game. This game lets you play Ugh. In fact, that's the only thing you can do - hence the sarcastic title "High Effort". This mod is custom build specifically to play Ugh. It features everything you need for it, including the sensational song, the wonderfully detailed chart, and the iconic character, Tankman from NewGrounds.

This FNF mod was created by usernames RazeBud and NeatoNG and was built on FPS Plus. This fan-made game is NOT the official Week 7, but a recreation of Week 7 before it was officially released (based on the leak assets at the time). This game is now outdated as the official Week 7 is up., and the developers don't plan on adding any new assets to the game.

Credits to the original FNF game go to:

Do you think you have what it takes to beat the Ugh song? Compete with Tankman and impress your hot girlfriend.