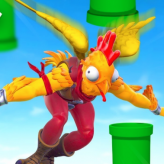 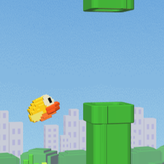 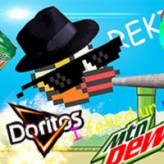 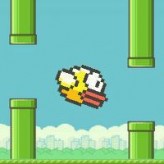 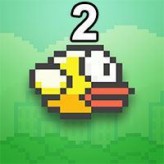 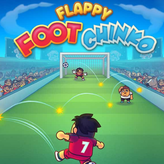 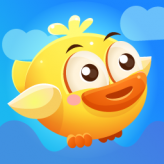 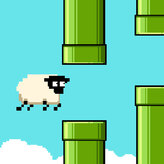 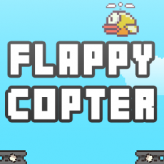 Do you enjoy the sensational dance moves of the Fortnite characters? Can't get enough of the Flappy Bird madness? Flappy Fortnite combines the gameplay of Flappy Bird with the silly dance moves, characters, and content of the popular shooter game Fortnite into one silly game.

Created with Scratch, Flappy Fortnite features the addicting one-button skill-based arcade gameplay of Flappy Bird. In this game, you can press "W", "Arrow Key Up", "Spacebar", or click the left mouse button to jump/ flap your character to avoid the pipe-like obstacles on your path while collecting treasure chests. Each treasure chest you encounter has its own designated points. The rarer and bigger the treasure chests are, the more points they give you while collected. The game's goal is to score as many points as possible without hitting any of the obstacles. Several bonuses may pass through as you play. One of them will blow up the entire screen - effectively eliminating all obstacles along the way while leaving the treasure chests intact for the player to collect.

Unlike other similar games, your avatar will dance (with a silly Fortnite dance) as you press the button - making the entire game funny. Share the game with your friends who love Fortnite and compare your high scores.

Play Flappy Fortnite game online in your browser free of charge on Arcade Spot. Flappy Fortnite is a high quality game that works in all major modern web browsers. This online game is part of the Arcade, Skill, and Funny gaming categories. Flappy Fortnite has 4 likes from 5 user ratings. If you enjoy this game then also play games Flappy Bird 3D and MLG Flappy Bird 420. Arcade Spot brings you the best games without downloading and a fun gaming experience on your computers, mobile phones, and tablets. New arcade games and the most popular free online games are added every day to the site.