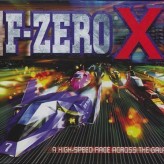 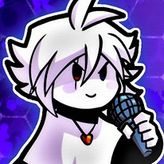 Race using your very own plasma-powered hovercars and compete in an intergalactic Grand Prix in this fun futuristic racing game – F-Zero X! Challenge yourself by overcoming the steep learning curve and mastering the game! Good luck and have fun!

F-Zero X is a futuristic racing video game that was released back in 1998 for the Nintendo 64 (N64) gaming console. The game is a sequel to the original 1990 F-Zero game, and is the first game of the series to feature 3D graphics. The game features several different game modes; GP (Grand Prix) Race, Time Attack, Death Race, and VS Battle. The game also features a Practice mode that allows the players to race on chosen track with opponents and master the track and control of the game.

Play F-Zero X game online in your browser free of charge on Arcade Spot. F-Zero X is a high quality game that works in all major modern web browsers. This online game is part of the Racing, Arcade, Emulator, and N64 gaming categories. F-Zero X has 5 likes from 5 user ratings. If you enjoy this game then also play games F-Zero and F-Zero GP Legend. Arcade Spot brings you the best games without downloading and a fun gaming experience on your computers, mobile phones, and tablets. New arcade games and the most popular free online games are added every day to the site.