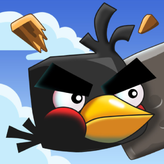 Jump from a plane and go on a rampage in this awesome action-packed first-person multiplayer shooting video game Crazy Royale Battleground! Pick up a weapon, secure a safe spot, and start eliminating all the other players!

Crazy Royale Battleground is a multiplayer first-person shooting video game with a popular Battle Royale type of gameplay. In the Battle Royale game, the player starts by getting into the map by jumping off a moving airplane. The player starts with no weapon and must acquire weapons, guns, resources, and other items on the ground by pillaging houses or by looting other players. The goal of the game is to survive the longest by killing off other players on the map. Will you be able to rule the battlefield? Good luck!

Other commands and hotkeys are found in-game.