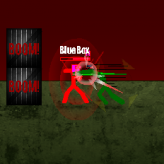 Step into the fray and fight in an epic, dynamic, and spectacular battle. Perform combos and win each fight in this action packed stickmen game – Combat Tournament Legends! Play story mode and unlock all characters of the game!

Combat Tournament Legends is a stickmen fast-paced fighting game where your goal is to fight and be the last one standing. The game features two main modes: Single player story mode takes the player into 15 missions, each with two difficulty levels to choose from, and 2 player versus mode where two players go head to head in a mind-blowing battle! The game is fast-paced and uses a lot of memory resources. You might suffer lag if you’re computer is not beefy enough.