Avatar: The Legend Of Aang 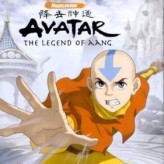 Be a part of the legend and take control of one of the four main characters as you try to stop the Fire Nation from achieving world domination in Avatar: The Legend Of Aang! Fight numerous enemies at once and learn new skills to get stronger!

Avatar: The Legend Of Aang is an action-adventure role-playing video game based on the very popular animated show of the same name. In this game, the player can take control of Aang, Sokka, Katara – the main characters of the animated series, and Haru the Earthbender. The game follows the story of the first chapter/ book of the series it was based on. Choose your character and master your trademark weapon and moves to breeze through the levels with ease.