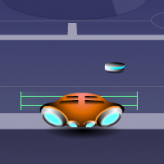 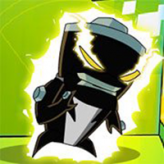 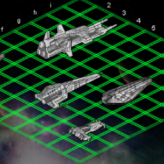 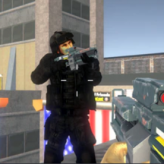 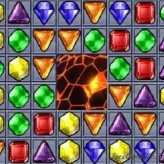 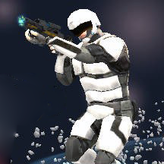 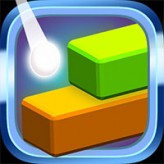 Play futuristic air hockey and try to outscore your enemy and reduce his life points to zero in this classic flash game – Galactic Tennis! Test your skills against a computer opponent or battle against a friend.

Galactic Tennis is a space-themed air hockey game that can be played by up to two players. This classic flash game features four different game modes: One player mode where you fight against the computer AI and try to reduce his life points to zero before he does the same to you, Two player mode where you battle a friend in hot seat – first to score 5 wins, Training Mode to practice your air hockey skills, and speed mode to test your reflexes. Speed of the ball can be adjusted through the difficulty setting. Have fun!

Play Galactic Tennis game online in your browser free of charge on Arcade Spot. Galactic Tennis is a high quality game that works in all major modern web browsers. This online game is part of the Arcade, Sports, and Skill gaming categories. Galactic Tennis has 1 likes from 1 user ratings. If you enjoy this game then also play games Galactic Champions: Ben 10 and Galactic Pinball. Arcade Spot brings you the best games without downloading and a fun gaming experience on your computers, mobile phones, and tablets. New arcade games and the most popular free online games are added every day to the site.