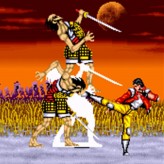 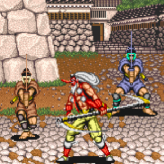 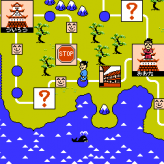 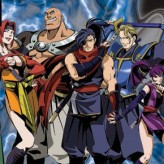 Dispatch and assassinate and evil emperor before he is released! Use the powers of the ninja and defeat various bosses in Sengoku 3! Pick a character and use his/ her unique skills to win every stages. Utilize both melee and range attacks to assassinate the evil emperor. Each character has its own strengths and weaknesses. Choose one that’s best for your play style.

Sengoku 3 is the third and final title of the Sengoku series. However, Sengoku 3 features very different plot and presentation from its two predecessors. Published back in 2001, in Sengoku 3, you will control heroes from an outstanding ninja clan. Your mission is to assassinate and evil emperor before its too late. The alternate dimension transitions as well as godly transformation of the characters that are found on previous titles have been omitted. Regardless, Sengoku 3 is regarded as the best title of the Sengoku franchise. Play the last Sengoku title and have fun.

Play Sengoku 3 game online in your browser free of charge on Arcade Spot. Sengoku 3 is a high quality game that works in all major modern web browsers. This online game is part of the Arcade, Action, Emulator, and Neo Geo gaming categories. Sengoku 3 has 1 likes from 1 user ratings. If you enjoy this game then also play games Sengoku and Sengoku 2. Arcade Spot brings you the best games without downloading and a fun gaming experience on your computers, mobile phones, and tablets. New arcade games and the most popular free online games are added every day to the site.