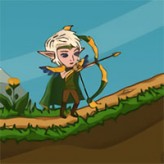 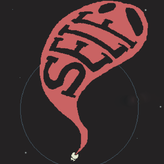 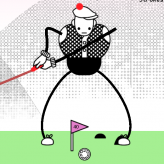 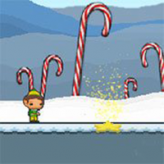 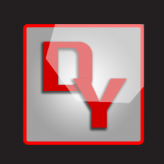 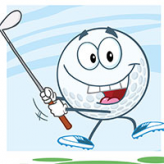 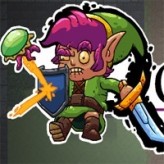 Join Robert The Elf as he goes on an a rogue-like adventure to recover his favorite napkin that was stolen! Inspired by his favorite character Link from Zelda series, shoot monsters with your automatic crossbow in this awesome adventure game!

Robert The Elf is an awesome dungeon crawler game inspired by the Zelda franchise. However, unlike the Zelda games, this game is ripe with funny elements and dialogues along with the main hero only able to use crossbow. In spite of that, the hero can only shoot up making the game similar to other vertical shooter / bullet hell games. Will you be able to defeat all five bosses and recover the stolen napkin? Collect coins and purchase some keys and health! Join Robert in his quest and prepare for some awesome action. Have fun!

Play Robert The Elf game online in your browser free of charge on Arcade Spot. Robert The Elf is a high quality game that works in all major modern web browsers. This online game is part of the Adventure, Arcade, Archery, and Challenge gaming categories. Robert The Elf has 2 likes from 2 user ratings. If you enjoy this game then also play games Elf Bowling 1 & 2 and Powerpuff Yourself. Arcade Spot brings you the best games without downloading and a fun gaming experience on your computers, mobile phones, and tablets. New arcade games and the most popular free online games are added every day to the site.