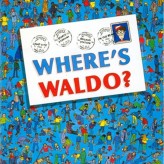 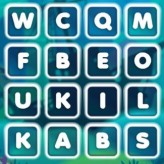 Waldo is hiding somewhere in the crowd! Look carefully and investigate every nook and corner of the picture to find Waldo in this retro game – Where’s Waldo! Find Waldo in the dark and time your view as sometimes, he could be hiding under something! Good luck!

Where’s Waldo is a fun puzzle game that attempts to recreate the popular Children series of the same name. However, due to the graphical limits of the Nintendo Entertainment System (NES) console, the game became unsuccessful, and the game actually became more difficult than it should. Regardless, this is quite a nice game for those who just want to pass the time. The goal of the game is to find the “Waldo” character in each of the eight levels of the game.

Play Where's Waldo game online in your browser free of charge on Arcade Spot. Where's Waldo is a high quality game that works in all major modern web browsers. This online game is part of the Puzzle, Miscellaneous, Emulator, and NES gaming categories. Where's Waldo has 5 likes from 7 user ratings. If you enjoy this game then also play games Where's the Word and The Great Waldo Search. Arcade Spot brings you the best games without downloading and a fun gaming experience on your computers, mobile phones, and tablets. New arcade games and the most popular free online games are added every day to the site.