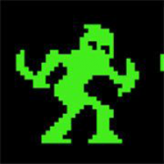 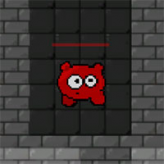 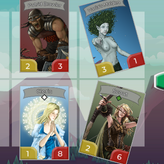 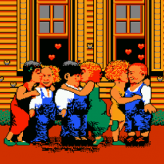 Take control of the popular iconic trio Moe, Larry, and Curly and complete various mini games in this funny adventure game – The Three Stooges! Help the trio earn enough money to save the orphanage!

The Three Stooges is an adventure type video game released back in 1987 for the Nintendo Entertainment System (NES). The game is based on the comedy act of the same name. The game features a faithful adaptation of the Stooges film and has many events and mini-games based on the film. Although the game is pretty repetitive after a few hours, finishing the game is still quite rewarding. Earn as much money as possible to save everyone in the orphanage and become three unlikely heroes. Good luck!

Play The Three Stooges game online in your browser free of charge on Arcade Spot. The Three Stooges is a high quality game that works in all major modern web browsers. This online game is part of the Adventure, Funny, Emulator, and NES gaming categories. The Three Stooges has 6 likes from 7 user ratings. If you enjoy this game then also play games The Three Goblets and Romance of the Three Kingdoms II. Arcade Spot brings you the best games without downloading and a fun gaming experience on your computers, mobile phones, and tablets. New arcade games and the most popular free online games are added every day to the site.