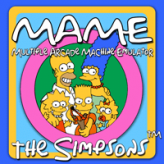 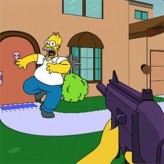 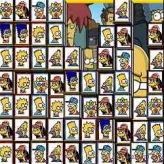 Tiles of The Simpsons
advertisement

The Couch, yellow skin, and all that pop culture reference. Start playing, The Simpsons an arcade game with beat-em-up elements.

Play as any of the four family members of the popular television cartoon, Play as the head of the family, Homer with his punches and kicks. Marge with a vacuum cleaner, the eldest Bart, or El Barto with his skateboard, or Lisa with her jump ropes. Grab some friends for some two-player action. Health meters show up on top of the screen and will decrease if hit by an enemy. Pick up food items to get more health. Objects can be picked up as well and can be thrown to enemies. If your health runs out, you will lose a life and start over. Mini-games are also present where you must press buttons as quickly as possible. Start your adventure by meeting Smithers, who has just stolen a diamond for his boss, Mr. Burns. Flying through The Simpsons' youngest, Smithers kidnaps her, and now the family must bring her back. Eight stages that end with a boss character. The Family must beat Smithers to get to Mr. Burns. The adventure now kicking into overdrive. Go to Springfield and play as one of the most popular characters in the boob tube, minus the commercials. Aye Caramba, No shorts eating this time!

Play The Simpsons game online in your browser free of charge on Arcade Spot. The Simpsons is a high quality game that works in all major modern web browsers. This online game is part of the Arcade, Retro, Emulator, and Classic Arcade gaming categories. The Simpsons has 4 likes from 5 user ratings. If you enjoy this game then also play games The Simpsons Game and Simpsons Road Rage. Arcade Spot brings you the best games without downloading and a fun gaming experience on your computers, mobile phones, and tablets. New arcade games and the most popular free online games are added every day to the site.