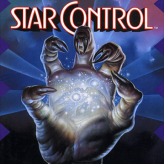 Take control of an advance ship and battle through several different scenarios and engagements. Use a variety of weapons to win in Star Control! Learn about the Alliance of the Free Stars and the Hierarchy of Battle Thralls.

Star Control (or Star Control: Famous Battles of the Ur-Quan Conflict, Volume IV) is a classic action-strategy video game released for the SEGA Genesis back in 1990. The game is modeled after Space war and is generally considered as a strategy/ action-adventure video game despite having some unique features of its own and closely related to other space shooter games. As you progress through the game, more ships will be unlocked, each having their own stats from different maneuverability to varying primary weapons.

Play Star Control game online in your browser free of charge on Arcade Spot. Star Control is a high quality game that works in all major modern web browsers. This online game is part of the Strategy, Action, Emulator, and SEGA gaming categories. Star Control has 2 likes from 2 user ratings. If you enjoy this game then also play games Super Mario All-Stars and Mario and Luigi: Superstar Saga. Arcade Spot brings you the best games without downloading and a fun gaming experience on your computers, mobile phones, and tablets. New arcade games and the most popular free online games are added every day to the site.