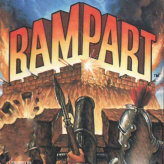 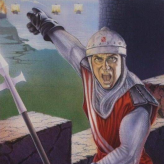 Build castles and train your troops as you prepare to defend your kingdom and attack other castles in this old-school action strategy game – Rampart! Take control of your own castle and defend your fort from the sea invasion! Good luck!

Rampart is an action-strategy video game released back in 1990 for the Super Nintendo Entertainment System (SNES). The single-player mode of the game consists of six campaigns where your goal is to destroy a huge fleet of ships attacking your fort while repairing any damage done to the fort and surviving all levels. Install cannons and start shooting back! Repair your fortress in time to repel the next onslaught and capture the enemy commander and give him what he deserves in this classic arcade hit!

There have been 8 likes from 11 votes on this game.

Play Rampart game online in your browser free of charge on Arcade Spot. Rampart is a high quality game that works in all major modern web browsers. This online game is part of the Arcade, Strategy, Emulator, and SNES gaming categories. Rampart has 8 likes from 11 user ratings. If you enjoy this game then also play games Rampart Classic and Classic Rampart. Arcade Spot brings you the best games without downloading and a fun gaming experience on your computers, mobile phones, and tablets. New arcade games and the most popular free online games are added every day to the site.