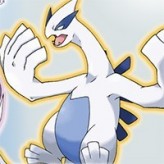 Enter the world of Pokemon and meet all the second generation Pokemons in this awesome RPG game! Train your Pokemons and collect gym badges in Pokemon Silver! Explore the Johto region and capture all-new sets of Pokemons!

Pokemon Silver (and the sister version Pokemon Gold) is the second installment of the Pokemon franchise and features second-generation Pokemons. Pokemon Gold and Silver is critically acclaimed as the best Pokemon game of the entire series, and the second generation of Pokemon as the best of all generations. The game takes place in the region west of Kanto, by the name of Johto. The game maintains the same feel and combat of the previous game versions but has new features and better graphics. You are not a true Pokemon fan until you’ve played Pokemon Silver, Gold, or the enhanced version Crystal.

Play Pokemon Silver game online in your browser free of charge on Arcade Spot. Pokemon Silver is a high quality game that works in all major modern web browsers. This online game is part of the Adventure, Classic, Pokemon, and GBC gaming categories. Pokemon Silver has 138 likes from 154 user ratings. If you enjoy this game then also play games Pokemon Fire Red Version and Pokemon Emerald Version. Arcade Spot brings you the best games without downloading and a fun gaming experience on your computers, mobile phones, and tablets. New arcade games and the most popular free online games are added every day to the site.