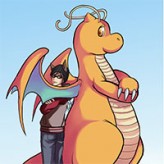 Explore the mysterious Orange islands and set your hands on the powerful Dragon-type Pokemon Dragonite in Pokemon Orange! Set sail to Sevii Islands and meet rare Pokemon and try to catch them all!

Pokemon Orange Version is an official game developed by Game Freak and was released exclusively in Japan back in 1999. As part of the first generation Pokemon games, the game features Dragonite as its mascot Pokemon. The game features many innovations from your regular Red and Blue versions. Several aspects of the game was later remade as part of the Hyper Red and Power Blue versions. The game’s story is different from the other first generation Pokemon games, and revolves around Generation II-style Pokedex and Professor Oak’s missions.

There have been 43 likes from 45 votes on this game.

Play Pokemon Orange game online in your browser free of charge on Arcade Spot. Pokemon Orange is a high quality game that works in all major modern web browsers. This online game is part of the Adventure, Strategy, Pokemon, and GBC gaming categories. Pokemon Orange has 43 likes from 45 user ratings. If you enjoy this game then also play games Pokemon Fire Red Version and Pokemon Emerald Version. Arcade Spot brings you the best games without downloading and a fun gaming experience on your computers, mobile phones, and tablets. New arcade games and the most popular free online games are added every day to the site.