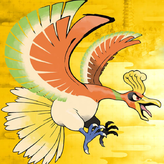 Play Pokemon Gold version with new features, improved gameplay, and even new secrets in the 2009 enhanced version of the classic game - Pokemon HeartGold! Become the best trainer in Johto and Kanto regions and make a name for yourself as you collect and train your very own group of Pokemon.

Pokemon HeartGold is a remake and upgraded version of the classic 1999 Pokemon Gold RPG game. Just like the original game, the story and gameplay remain the same, but HeartGold has many new features including all the latest innovations of the Pokemon franchise, dozens of new mini-games, the return of the classic mini-games, and so much more. Will you be able to become the next Pokemon Champion once and delete the powerful Elite Four once again? Good luck and have fun!

Play Pokemon HeartGold game online in your browser free of charge on Arcade Spot. Pokemon HeartGold is a high quality game that works in all major modern web browsers. This online game is part of the Adventure, RPG, Pokemon, and Nintendo DS gaming categories. Pokemon HeartGold has 136 likes from 192 user ratings. If you enjoy this game then also play games Pokemon Fire Red Version and Pokemon Emerald Version. Arcade Spot brings you the best games without downloading and a fun gaming experience on your computers, mobile phones, and tablets. New arcade games and the most popular free online games are added every day to the site.