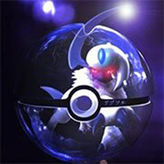 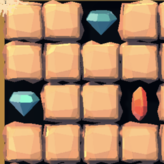 Emerald Genesis is a Pokemon hack taken from the GBA Game Pokemon Emerald. You play in the Hoenn region of the game’s world. Some of the locations make a return, like Trainer’s hill and Battle Frontier.

Introducing New and Returning players to something very familiar. When you get to LittleRoot Town, Professor Birch ushers you into the world, gives you pointers and hints at the beginning of the game, and gives you your starting pack to begin your journey. Thirty New Pokemon’s are available, and thirty moves were added for added gameplay value. Repel systems are revamped, so you only encounter creatures higher than your current party. Fairy types are also introduced in this game and adds a more challenging difficulty curve for experienced trainers. Buffs were also provided to make the game fairer for new players. Turn-Based combat has been improved and now shows you the Individual Values of each Pokemon, critical to your success as a trainer. Effort values are also given to the player to get bonus stats by defeating specific types. Technical Machines teach your Pokemon new moves and can be reused in-game. Day and Nighttime cycles are also fully functional. This is important, especially if you are looking for a specific type. Some only appear at night. Emerald Genesis, let’s you be the very best, so catch them all!

Play Emerald Genesis game online in your browser free of charge on Arcade Spot. Emerald Genesis is a high quality game that works in all major modern web browsers. This online game is part of the Adventure, RPG, GBA, and Pokemon gaming categories. Emerald Genesis has 145 likes from 157 user ratings. If you enjoy this game then also play games Pokemon Emerald Version and Pokemon Moon Emerald. Arcade Spot brings you the best games without downloading and a fun gaming experience on your computers, mobile phones, and tablets. New arcade games and the most popular free online games are added every day to the site.