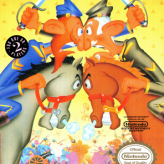 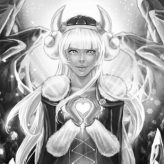 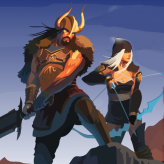 Choose between the two sides of the American Civil War in North and South. Control your infantry, cavalry, and artillery and win the battle!

North and South is a combined strategy and action video game released for Nintendo Entertainment System (NES) in 1990 that is an offshoot of the Belgian comic series Les Tuniques Bleues that is based on American Civil War. In this game, you will choose between the North also known as the Union (United States of America) and the South also known as the Confederate States of America to engage in a Civil war against each other. The game features the map of United States of America that is separated into states and territories strategically, where you will take control of your army.

There have been 8 likes from 11 votes on this game.

Play North and South game online in your browser free of charge on Arcade Spot. North and South is a high quality game that works in all major modern web browsers. This online game is part of the Strategy, Action, Emulator, and NES gaming categories. North and South has 8 likes from 11 user ratings. If you enjoy this game then also play games Northern Tale 2 and North Clans. Arcade Spot brings you the best games without downloading and a fun gaming experience on your computers, mobile phones, and tablets. New arcade games and the most popular free online games are added every day to the site.