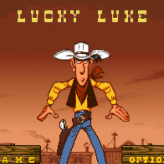 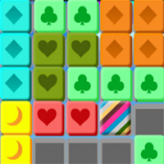 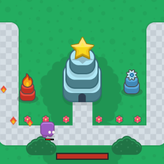 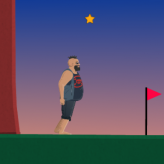 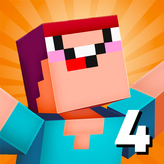 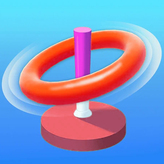 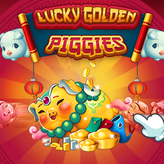 The poor and lonesome cowboy is roaming around the area. And when a bunch of no-good bank robbers showed up, it’s up to him to stop them! Play the role of Luke and complete several levels in Lucky Luke! Good luck and have fun!

Lucky Luke is a 2D platformer video game for the Super Nintendo Entertainment System (SNES) following the cowboy Luke. In this game, Luke decided to go after the four brothers, called the “Dalton Brothers”, and arrest them for good. The game features some nice action, and a cool cinematic and cut scenes that will explain a lot about the story, as well as put some pieces together so that the players can follow the threat of the story.

Play Lucky Luke game online in your browser free of charge on Arcade Spot. Lucky Luke is a high quality game that works in all major modern web browsers. This online game is part of the Arcade, Platform, Emulator, and SNES gaming categories. Lucky Luke has 1 likes from 1 user ratings. If you enjoy this game then also play games Lucky Blocks and Lucky Towers. Arcade Spot brings you the best games without downloading and a fun gaming experience on your computers, mobile phones, and tablets. New arcade games and the most popular free online games are added every day to the site.