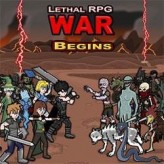 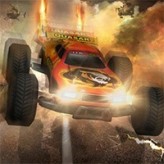 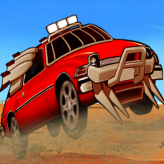 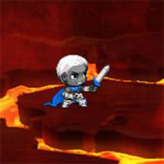 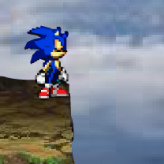 Join the elite party of warriors as they travel through the vast land defeating monsters and the hordes of undead that threatens to invade in Lethal RPG: War Begins! Create a party and develop a formidable strategy that will destroy any foe.

Lethal RPG: War Begins is a turn-based role-playing video game that features 6 main quests, 10 side quests and a total of four playable characters. Join the journey of Lethal and his companion of elite heroes as they fight against a variety of creatures, complete various quests, and become a well-known party worthy of being legendary! This version of the game is a DEMO for the game Lethal RPG: War.

The full version of the game also available for download on Google’s PlayStore and Apple’s AppStore.

Play Lethal RPG: War Begins game online in your browser free of charge on Arcade Spot. Lethal RPG: War Begins is a high quality game that works in all major modern web browsers. This online game is part of the Adventure, Arcade, Strategy, and Action gaming categories. Lethal RPG: War Begins has 1 likes from 1 user ratings. If you enjoy this game then also play games Spider-Man: Lethal Foes and Lethal Enforcers. Arcade Spot brings you the best games without downloading and a fun gaming experience on your computers, mobile phones, and tablets. New arcade games and the most popular free online games are added every day to the site.