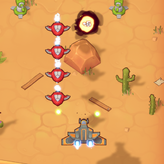 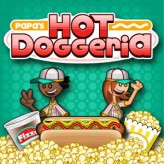 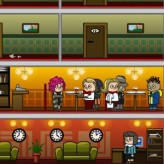 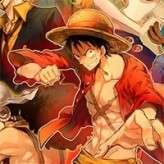 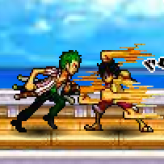 Hot Sky is a beautiful vertical shooter arcade game with cool graphics and smooth gameplay. Take it to the sky with your awesome aircraft and assault the enemy base. Prepare for take-off and start the action.

You are tasked to hijack an aircraft and fight the enemy for air dominance. Shoot and destroy enemies to get coins. Coins you can use to buy upgrades. Take damage and blast enemies in one shot, Speed, zoom through levels and avoid projectiles. Fire Rate increases the number of shots you can fire at enemies. Hitpoints for destroying tough to beat landmarks and get on with the next level. With twenty badges to get, show off to your friends that no sky is too hot for an ace pilot like you. Take enough damage though and say goodbye to your shiny spacecraft. Battle waves of enemies and turrets. Maneuver across desserts and barren wastelands. Dodge enemy shots and make sure that you reduce them to a mechanical waste. Defend your military base from hostiles and move from one level to another. Enjoy amazing 2D graphics in fifteen unique levels. Chests are destructible, so do not overlook them while avoiding enemies. Gold coins need to be collected as other crafts hinder you. Prepare yourself for the boss fights and arm yourself to the teeth. The war is now, take it to the air. Hot sky, an in-your-face shooter packing than your standard arcade games.

Play Hot Sky game online in your browser free of charge on Arcade Spot. Hot Sky is a high quality game that works in all major modern web browsers. This online game is part of the Arcade, Shooting, Action, and Unity gaming categories. Hot Sky has 2 likes from 2 user ratings. If you enjoy this game then also play games Hot Wheels: Stunt Track Driver and Red Hot Sonic 2. Arcade Spot brings you the best games without downloading and a fun gaming experience on your computers, mobile phones, and tablets. New arcade games and the most popular free online games are added every day to the site.