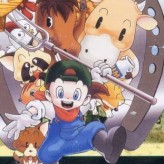 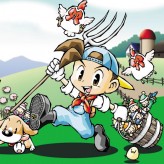 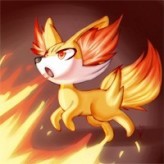 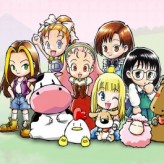 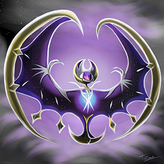 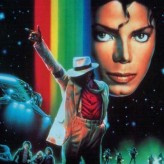 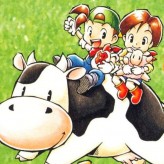 Prepare to get addicted in planting and harvesting! Manage a farm and turn around its fortunes in three years in this awesome old-school farming simulation game – Harvest Moon 2! Buy animals, raise them well, and sell their produce.

Harvest Moon 2 is a farming simulation game following the success of the first Harvest Moon game. Released in 1999, Harvest Moon 2 was the second title to be released on the Game Boy Color. This game, the player assumes the role of either a boy or a girl who recently acquired a farm. The goal of the game is to take care of the farm and turn it around into the most productive farm in the area in three years or less. Unlike the Game Boy Version of the game, in this version, the player can build a sheep pen and buy sheep, build a greenhouse, and walk around the town!

Play Harvest Moon 2 game online in your browser free of charge on Arcade Spot. Harvest Moon 2 is a high quality game that works in all major modern web browsers. This online game is part of the Adventure, Simulation, Emulator, and GBC gaming categories. Harvest Moon 2 has 2 likes from 2 user ratings. If you enjoy this game then also play games Harvest Moon and Harvest Moon: Friends of Mineral Town. Arcade Spot brings you the best games without downloading and a fun gaming experience on your computers, mobile phones, and tablets. New arcade games and the most popular free online games are added every day to the site.