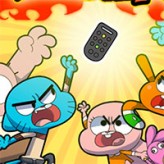 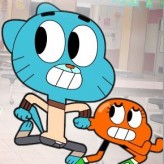 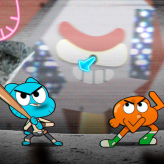 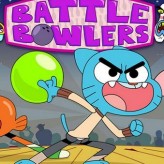 Gumball Strike Ultimate Bowling is a fun bowling video game where you can play as your favorite Cartoon Network Character. Play as Raven, Marcelene, Jake, Gumball, and many other characters. Score a strike and win the set match in this fun and colorful sports game.

Gumball Strike Ultimate Bowling is a sports video game released by Cartoon Network back in February of 2020. The game can be played in any browser from PC to mobile browsers. The game is based on the cartoon TV series The Amazing World of Gumball and features characters from all the other Cartoon series including Teen Titans and Adventure Time. The player's goal is to continue winning the bowling matches and eventually become the ultimate bowling champion. The game has two game modes: Single Player Mode and Two-Player Mode. Single Player mode is divided into Team Challenge and Quick Game. In Team Challenge Mode, the player will enter a bowling tournament where the player will face four different teams and try to outscore them all.