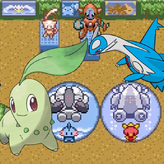 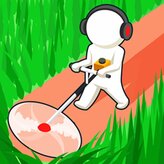 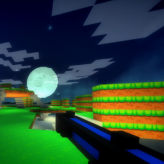 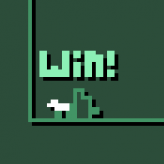 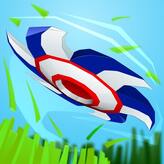 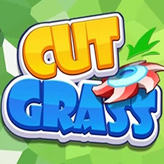 Return to the world of Pokemon Grass Jewels in this second installment of the ROM hack. Play as the younger sibling of the hero of Hoenn in Pokemon Grass Jewel 2. Learn about the mystery of the land and solve the disappearance of your father in this fun game.

Pokemon Grass Jewel 2 is ROM hack based on the Game Boy Advance (GBA) game Pokemon Emerald. The game takes place two years after the first version and is set in the region of Hoenn. Grass Jewel 2 features a lot of new characters, along with the appearance of familiar faces. Try to save the world as you travel the road to become the greatest trainer and face new challenges. Pokemon Grass Jewel 2 features new evolution methods, Pokemon from first to seventh generations, modified types, power boost on various many moves, a higher difficulty curve, Fairy-type Pokemon,  new moves, custom shiny sprites, and many more.

Play Grass Jewel 2 game online in your browser free of charge on Arcade Spot. Grass Jewel 2 is a high quality game that works in all major modern web browsers. This online game is part of the Adventure, RPG, GBA, and Pokemon gaming categories. Grass Jewel 2 has 13 likes from 14 user ratings. If you enjoy this game then also play games Grass Cut 3D and Grass Battlefield. Arcade Spot brings you the best games without downloading and a fun gaming experience on your computers, mobile phones, and tablets. New arcade games and the most popular free online games are added every day to the site.