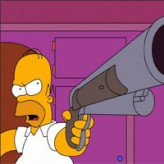 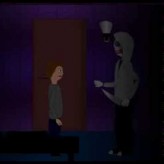 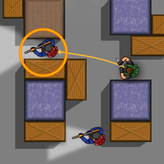 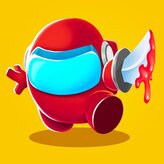 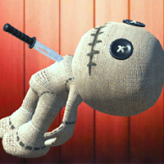 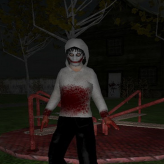 Ned Flanders and his family are making Homer Simpson quite mad! And now the aliens are cloning Flanders! Kill the clones with your gun in Flanders Killer 7! Try not to kill other people or you will lose points.

Flanders Killer 7 is a first-person shooting video game based on the popular cartoon series The Simpsons. In this game, you will take control of Homer Simpson with a gun as he tries to kill all clones created by the aliens. In this game, you must shoot the Flander family while avoiding other characters. Make sure to know the names and appearance of the Flanders so you won’t shoot any other character. Good luck and have fun!

Be advised, the game is pretty violent despite the fact that it is a cartoon.

Play Flanders Killer 7 game online in your browser free of charge on Arcade Spot. Flanders Killer 7 is a high quality game that works in all major modern web browsers. This online game is part of the Arcade, Shooting, Action, and Funny gaming categories. Flanders Killer 7 has 1 likes from 1 user ratings. If you enjoy this game then also play games Killer Instinct and Stickman Maverick: Bad Boys Killer. Arcade Spot brings you the best games without downloading and a fun gaming experience on your computers, mobile phones, and tablets. New arcade games and the most popular free online games are added every day to the site.