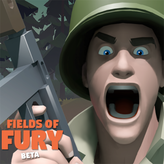 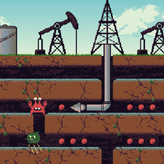 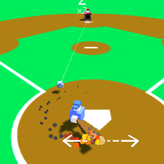 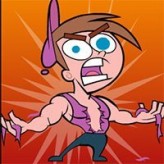 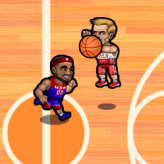 Fields of Fury is an online multiplayer first-person shooter game set in the middle of World War 2. Take your weapon and capture the flag for your team.

Fields of Fury features two opposing teams (Allies and Axis), and three different roles to play: MachineGunner, TrenchGunner, and Rifleman. Each role is equipped with a different main gun. The MachineGunner role carries a submachine gun to the battle. Submachine guns have very low damage but has the fastest firing rate among the three main guns. It is also the most forgiving and newbie-friendly among the three. The TrenchGunner carries a shotgun suitable for close-quarter combat. These shotguns pack a heavy punch that is lethal in close proximity, they are also the most satisfying weapon to kill your enemies with. The Rifleman carries an old scope-less rifle into the fight. While these rifles are very limited, they can hit targets more accurately from afar and can deal high damage. Consecutive shots from these rifles usually mean death. All classes are equipped with identical handguns, grenades, and knives.

Explore the maps as you might find some cool weapons like rocket launchers and heavy machine guns that can lay waste to your enemies. Master the weapon of your choice and win for your team.

Play Fields of Fury game online in your browser free of charge on Arcade Spot. Fields of Fury is a high quality game that works in all major modern web browsers. This online game is part of the Multiplayer, Shooting, Action, and IO gaming categories. Fields of Fury has 4 likes from 6 user ratings. If you enjoy this game then also play games Driller: The New Fields and Dragon Ball Z - Buu’s Fury. Arcade Spot brings you the best games without downloading and a fun gaming experience on your computers, mobile phones, and tablets. New arcade games and the most popular free online games are added every day to the site.