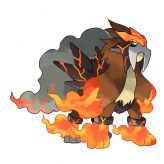 Go on another Pokemon adventure and experience an entirely new challenge in this cool 2018 Pokemon ROM hack called Pokemon V: GBA Hack! Explore the region, battle against the gym leaders and defeat the Elite Four using a new team of strong and overpowered Pokemon! Good luck and have fun!

Pokemon V: GBA Hack is a ROM hack released back in 2018 with the base ROM of Pokemon Fire Red version for the Game Boy Advance (GBA) handheld gaming system. The game features an overhaul of the base game and alters many things while introducing many new concepts and content. This ROM hack features Generation 7 Pokemon and includes Mega Evolution and even Alola forms. Will you be able to create the best Pokemon Party and unlock all the Alola forms?

There have been 67 likes from 79 votes on this game.

Play Pokemon V: GBA Hack game online in your browser free of charge on Arcade Spot. Pokemon V: GBA Hack is a high quality game that works in all major modern web browsers. This online game is part of the Adventure, Strategy, GBA, and Pokemon gaming categories. Pokemon V: GBA Hack has 67 likes from 79 user ratings. If you enjoy this game then also play games Pokemon Fire Red Version and Pokemon Emerald Version. Arcade Spot brings you the best games without downloading and a fun gaming experience on your computers, mobile phones, and tablets. New arcade games and the most popular free online games are added every day to the site.