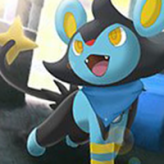 Ready to catch them all? Pokemon Saiph Version is a version of the popular FireRed. With updated graphics and animations, this will be an excellent addition to your other Pokemon games.

The story takes place in the Hoenn Region, created after Primal Gourdon and Kyogre were formed. A lush landmass filled with Pokémon Trainers and its Elite four. Your Pokemon Skills will be challenged while trying to save the world. The game uses black and white sprites, the design might look insignificant, but the adventure is abundant. Sideways stairs were also added as a mechanic, which does not affect the gameplay but is a welcome addition. Technical machines are reusable, so you can teach your creatures some new moves to win duels and upgrade their actions and abilities. Fairy types also make an appearance in this game to make your fights more thrilling. Battle backgrounds are here to make the fights more entertaining, accompanied by Generation five music. The day and night cycle also played a crucial role in the type of creatures you can catch and come across. Evolve your favorite Pokemon and get ready to battle Team Void, clad in black and ready to stop you at any cost. Fill your bag with the most crucial objects and be the very best. Pokemon Saiph Version teaches you that it's one big adventure!

Play Pokemon Saiph Version game online in your browser free of charge on Arcade Spot. Pokemon Saiph Version is a high quality game that works in all major modern web browsers. This online game is part of the Adventure, Strategy, GBA, and Pokemon gaming categories. Pokemon Saiph Version has 10 likes from 10 user ratings. If you enjoy this game then also play games Pokemon Fire Red Version and Pokemon Emerald Version. Arcade Spot brings you the best games without downloading and a fun gaming experience on your computers, mobile phones, and tablets. New arcade games and the most popular free online games are added every day to the site.