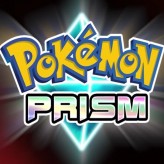 Continue the story of Pokemon Brown and explore the region of Rijon for a second epic quest in this wonderful ROM hack – Pokemon Prism 2012! Discover more than 250 Pokemon including many from the first four generations.

Pokemon Prism 2012 is a wonderful Pokemon overhaul ROM hack, created by the renowned ROM hacker named Koolboyman. Pokemon Prism was a project that has almost a decade of development and includes many features. The game is a ROM hack based on Pokemon Crystal and revolves around the region of Naljo. The game is actually heavily developed and includes dozens of mini-games including some that allows direct control over a Pokemon. Unfortunately, the full version of the game was pulled off by Nintendo, but the released build, albeit missing some parts, is fully functional and playable.

Play Pokemon Prism 2012 game online in your browser free of charge on Arcade Spot. Pokemon Prism 2012 is a high quality game that works in all major modern web browsers. This online game is part of the Adventure, Strategy, Pokemon, and GBC gaming categories. Pokemon Prism 2012 has 3 likes from 3 user ratings. If you enjoy this game then also play games Pokemon Fire Red Version and Pokemon Emerald Version. Arcade Spot brings you the best games without downloading and a fun gaming experience on your computers, mobile phones, and tablets. New arcade games and the most popular free online games are added every day to the site.