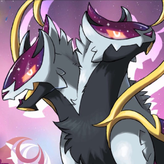 Become a Pokemon trainer of your dreams and follow your father’s footsteps. Join the Ace Trainers and take on the Pokemon League in Pokemon Eclipse! Travel through the Soala Region and try to capture ALL 721 Pokemons in this fan-made modified version of Pokemon Fire Red!

Pokemon Eclipse is a fan-made remake version of Pokemon Fire Red. In this version, all 721 Pokemons are available and most of them can be captured through regular means, while others through trading and special evolutions. In this game, you will embark in Soala region and will try to become a member of a group of elite Pokemon trainers. However, during the time, the Pokemon’s in the region are behaving strangely. An unlawful gang of thieves and crooks took advantage of this and stirred trouble in towns and cities. Will you be able to solve the problem and uncover the mysterious behaviors of the Pokemons?

There have been 92 likes from 99 votes on this game.

Play Pokemon Eclipse game online in your browser free of charge on Arcade Spot. Pokemon Eclipse is a high quality game that works in all major modern web browsers. This online game is part of the Adventure, RPG, GBA, and Pokemon gaming categories. Pokemon Eclipse has 92 likes from 99 user ratings. If you enjoy this game then also play games Pokemon Fire Red Version and Pokemon Emerald Version. Arcade Spot brings you the best games without downloading and a fun gaming experience on your computers, mobile phones, and tablets. New arcade games and the most popular free online games are added every day to the site.