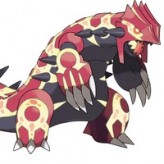 Play the original Pokemon Ruby with great game enhancements, new and awesome storyline, and a lot of cool changes in Pokemon Burning Ruby! Fight with new Pokemon and explore the new and improved Hoenn region!

Pokemon Burning Ruby is a ROM hack based of the official Pokemon Ruby game. The game starts when your family just moved to the region of Hoenn, yes just like the original game! However, you heard a cry of help from nearby and saw a man in white uniform is being attacked by a new wild Pokemon which you have never seen before! Thus start your new and wonderful Pokemon adventure! The game features a remade Hoenn region, new Pokemon evolution methods, new wild Pokemon, new sprites, and a lot of little improvements here and there! Enjoy the new Pokemon run through!

Play Pokemon Burning Ruby game online in your browser free of charge on Arcade Spot. Pokemon Burning Ruby is a high quality game that works in all major modern web browsers. This online game is part of the Adventure, Strategy, GBA, and Pokemon gaming categories. Pokemon Burning Ruby has 1 likes from 1 user ratings. If you enjoy this game then also play games Pokemon Fire Red Version and Pokemon Emerald Version. Arcade Spot brings you the best games without downloading and a fun gaming experience on your computers, mobile phones, and tablets. New arcade games and the most popular free online games are added every day to the site.