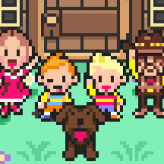 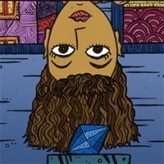 The Mother of the Bird Men
advertisement

Follow Lucas, Duster, and Kumatora as they go on various quests as they try to keep the peace in their small quiet village in this role-playing video game – Mother 3! Play one of the most popular classic role-playing games and have fun!

Mother 3 is a popular role-playing video game in the Mother series. The game was released in 2006 exclusively for the Game Boy Advance (GBA) handheld system. The game features similar gameplay mechanics and elements to the other games of the same series. The game features a total of eight chapters with a wonderful storyline and fun events. Follow the ups, downs, and twists of the wonderful story and try to defeat the evil dragon to complete the game. Good luck!

There have been 85 likes from 92 votes on this game.

Play Mother 3 game online in your browser free of charge on Arcade Spot. Mother 3 is a high quality game that works in all major modern web browsers. This online game is part of the Adventure, RPG, Emulator, and GBA gaming categories. Mother 3 has 85 likes from 92 user ratings. If you enjoy this game then also play games Mother 1+2 and Mother 2. Arcade Spot brings you the best games without downloading and a fun gaming experience on your computers, mobile phones, and tablets. New arcade games and the most popular free online games are added every day to the site.