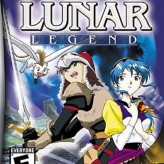 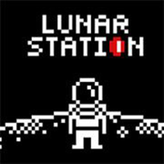 Follow Alex, a magically-gifted young man, and his friends as they follow the footsteps of the great Dragonmaster Dyne in Lunar Legend! Embark on an epic quest to uncover the truths and mysteries surrounding the Legend!

Lunar Legend is an epic JRPG following a group of friends as they go on an adventure around the world following in the footsteps of a great Dragonmaster named Dyne. The game features a vast variety of characters, more than 200 items to find and use, over 50 magic spells to master and learn, and so much. This game set the bar high for role-playing game. Lunar Legend is one of the most revered console RPGs in the video game history, and with good reasons. Have fun!

Play Lunar Legend game online in your browser free of charge on Arcade Spot. Lunar Legend is a high quality game that works in all major modern web browsers. This online game is part of the Adventure, Action, Emulator, and GBA gaming categories. Lunar Legend has 2 likes from 2 user ratings. If you enjoy this game then also play games Lunar Pool and Lunar Dragon Song. Arcade Spot brings you the best games without downloading and a fun gaming experience on your computers, mobile phones, and tablets. New arcade games and the most popular free online games are added every day to the site.