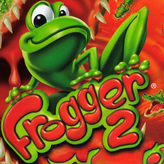 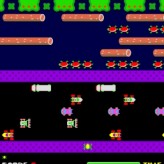 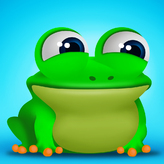 Choose one among the Frogger heroes and follow the dazzling adventure of the frog. Go through 6 different environments and deal with Swampy the crocodile in Frogger 2! Pursue Swampy and rescue the baby frogs in this action-adventure video game. Good luck and have fun!

Frogger 2, also known as Frogger 2: Swampy’s Revenge, is an action-adventure video game that was released back in the year 2000 for various gaming consoles including the Game Boy Color (GBC) handheld gaming console. The game is a part of the Frogger series and is a sequel to the remake of Frogger that was released back in 1997. The game features the traditional 4-way movement gameplay despite the game being in a fully 3D world and environment and has many expanded features from the previous game.

Play Frogger 2 game online in your browser free of charge on Arcade Spot. Frogger 2 is a high quality game that works in all major modern web browsers. This online game is part of the Adventure, Action, Emulator, and GBC gaming categories. Frogger 2 has 1 likes from 1 user ratings. If you enjoy this game then also play games Frogger and Frogger's Adventures: Temple of the Frog. Arcade Spot brings you the best games without downloading and a fun gaming experience on your computers, mobile phones, and tablets. New arcade games and the most popular free online games are added every day to the site.