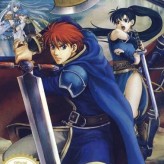 Play the prequel to the popular game The Blinding Blade and explore the continent of Elibe in this fun tactical RPG – Fire Emblem! Follow the story and unite the continent with your strength and strategy.

Fire Emblem is a tactical role-playing video game released back in 2003 for the Game Boy Advance handheld system (GBA). The game follows the story of Lyn, Hector, and Eliwood as they try to find Eliwood’s father. The three young lords of the Lycian lineage will later thwart a larger conspiracy threatening the stability of the continent itself. Fire Emblem features an in-depth unit management and customization and tactical turn-based battles that follow the rock-paper-scissors concept. Will you be able to triumph on every challenging battle and unite the land? Good luck and have fun!

Play Fire Emblem game online in your browser free of charge on Arcade Spot. Fire Emblem is a high quality game that works in all major modern web browsers. This online game is part of the Adventure, Strategy, Emulator, and GBA gaming categories. Fire Emblem has 9 likes from 10 user ratings. If you enjoy this game then also play games Pokemon Fire Red Version and Pokemon Fire Ash Version. Arcade Spot brings you the best games without downloading and a fun gaming experience on your computers, mobile phones, and tablets. New arcade games and the most popular free online games are added every day to the site.