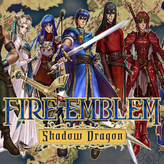 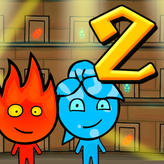 Take control of the main protagonist Marth and lead his army to complete various missions for the Kingdom in this story-driven tactical RPG – Fire Emblem: Shadow Dragon!

Fire Emblem: Shadow Dragon is a tactical role-playing and strategy video game that was released back in 2008 for the Nintendo DS (NDS) gaming console. Shadow Dragon is a remake of the classic 1990 Famicom title Fire Emblem: Shadow Dragon and the Blade of Light and showcases the same storyline but features updated graphics, gameplay, mechanics, and challenges. In this game, each unit has their own character class that determines the weapon they can equip, the skill set they can learn and acquire, their movement range, and attack range. By strategically combining different classes to create an army, it is possible to create a highly balanced army that can breeze through most of the given scenarios. Have fun!