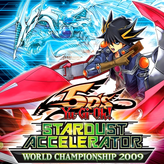 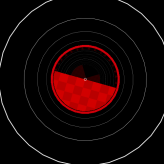 Dive into the Yu-Gi-Oh universe and create your own powerful deck! Duel with other characters and become the champion in Yu-Gi-Oh! 5D's: Stardust Accelerator - World Championship 2009!

Yu-Gi-Oh! 5D's: Stardust Accelerator - World Championship 2009 is a dueling strategy and trading card video game that contains an in-depth story mode where the player can explore a three-dimensional map, interact with other characters and duel with them, collect and trade various items and cards, and many more. The game features a total of 2887 cards, most of which are already known in the franchise including the ones that appeared in the anime series and other Yu-Gi-Oh games. The game also features other mechanics that are not available elsewhere in the franchise including the addition of turbo duels and speed spells.