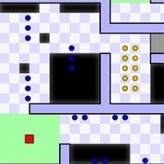 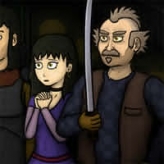 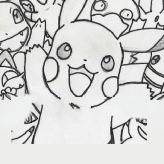 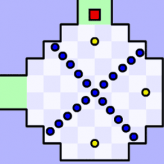 Do you consider yourself good in arcade games? Then prove to the world that you really are good by playing World’s Hardest Game 4! Control the red square and avoid the blue color objects while trying to collect as many yellow coins as humanly possible in this extremely challenging arcade game.

World’s Hardest Game 4 is the fourth sequel to the popular arcade game. The rules are generally the same as you control the red square, avoid all blue, and collect all yellow. There are more than 200 yellow coins spread across different levels and you must collect them all to beat the game. The highlighted areas serve as checkpoints so be sure to step on them often. There are also new maps filled with water, ice, and conveyor belts to keep the game even more challenging.

Play World’s Hardest Game 4 game online in your browser free of charge on Arcade Spot. World’s Hardest Game 4 is a high quality game that works in all major modern web browsers. This online game is part of the Arcade, Action, Tricky, and Challenge gaming categories. World’s Hardest Game 4 has 1 likes from 1 user ratings. If you enjoy this game then also play games World’s End Chapter 3 and Hardest Pokemon Quiz. Arcade Spot brings you the best games without downloading and a fun gaming experience on your computers, mobile phones, and tablets. New arcade games and the most popular free online games are added every day to the site.