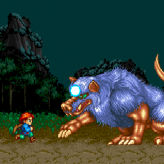 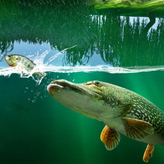 The evil witch queen Bavmorda is after the holy baby! Join Willow Ufgood and Madmartigan as they save and protect the baby in this old-school RPG video game. Collect weapons, learn magic, and solve the puzzles in this action RPG based on the movie.

Willow is a game based on the movie of the same name. The game features two versions and was released on different platform. This Nintendo Entertainment System (NES) Version was released back in 1989 and features an action role-playing gameplay. The game contains your typical RPG elements such as weapons, magic, puzzles, dungeons, explorations, quests, and more. The game follows the plot of the movie where the evil Witch Queen Bavmorda is after the holy baby of the lands, Elora Danan. You will follow Willow Ufgood as he tries to protect Elora.

Play Willow game online in your browser free of charge on Arcade Spot. Willow is a high quality game that works in all major modern web browsers. This online game is part of the Arcade, Action, Emulator, and NES gaming categories. Willow has 1 likes from 1 user ratings. If you enjoy this game then also play games Willow Pond and Super Mario Bros.. Arcade Spot brings you the best games without downloading and a fun gaming experience on your computers, mobile phones, and tablets. New arcade games and the most popular free online games are added every day to the site.