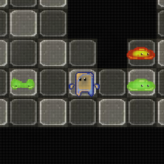 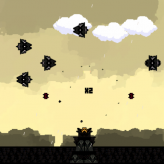 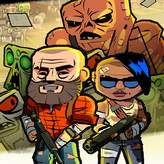 Defeat the slimes that plague the world and try to earn as many points as possible by shooting them all down in this challenging game – Wasting Bullets! Try to make it to the leaderboard and prove that you can conserve those bullets better than anybody else.

Wasting Bullets is a fun top-down shooting arcade game with a unique mechanic and gameplay. In this game, the world is plagued with slimes and your goal is to move from one level to another, shooting slimes, conserving bullets, and trying to survive. The game is unique in that you move by using the recoil of the shot, and your final score is based on the remaining bullets you have. You will earn extra bullets by killing enemies and going to the next level.

Play Wasting Bullets game online in your browser free of charge on Arcade Spot. Wasting Bullets is a high quality game that works in all major modern web browsers. This online game is part of the Shooting and Action gaming categories. Wasting Bullets has 2 likes from 2 user ratings. If you enjoy this game then also play games 10 Bullets and Bullets & Brains. Arcade Spot brings you the best games without downloading and a fun gaming experience on your computers, mobile phones, and tablets. New arcade games and the most popular free online games are added every day to the site.