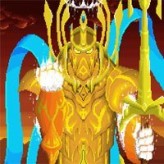 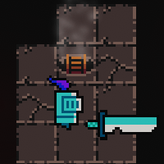 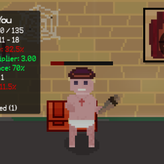 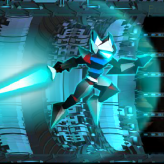 Bring back to Xenos and defeat the evil forces of Blight that is conquering the land. Release the Xenos from their slumber in Vault of Xenos! Collect the magical keys to open the vault of the Xenos and fight your way against hordes in this strategy retro game.

Vault of Xenos is a retro-based strategy game with pixelated graphics and cool art style. In this game, you play the role of a hero on a quest to bring back the power of the Xenos. Long before the time, evil was repeatedly defeated by Xenos – a race of people blessed by the Gods. Now that the evil Blight is threatening the land, you embark on a quest to awaken the Xenos in their slumber. Vault of Xenos features a variety of gameplay and dozens of unique heroes to unlock. Find unique items and enchant them to strengthen your Xenos warriors. Create a team and defeat your enemies to restore order to the world.

Hotkeys can be customized when the game is paused. Default keys:

Play Vault of Xenos game online in your browser free of charge on Arcade Spot. Vault of Xenos is a high quality game that works in all major modern web browsers. This online game is part of the Adventure, Strategy, Tower Defense, and RPG gaming categories. Vault of Xenos has 1 likes from 1 user ratings. If you enjoy this game then also play games The VAULT of ZORT and Undervault. Arcade Spot brings you the best games without downloading and a fun gaming experience on your computers, mobile phones, and tablets. New arcade games and the most popular free online games are added every day to the site.