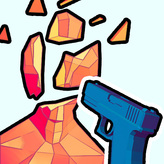 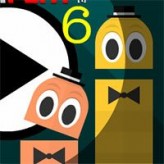 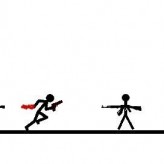 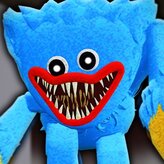 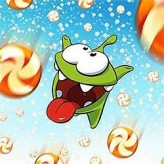 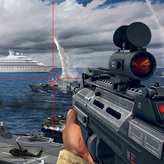 Time Shooter 2 is a minimalist shooting game where time only moves when you move. Smash the enemies to pieces with your guns and dodge bullets in super slow-motion in this unique action-packed shooter game.

The second instalment of the game Time Shooter features the same unique gameplay but with light tweaks and many additional features. Time Shooter 2 is highly inspired by the game Super Hot in which the world only moves normally when you move. In this game, moves incredibly slow unless you move with WASD. Otherwise, you can freely look around and even do certain actions in bullet time. While in this state, you may shoot, pick up a weapon, or throw the one you're holding. The game features several challenging levels, and your goal in every level is to eliminate all targets without getting hit even once.

This game features dozens of weapons you can use. You must learn to use them all effectively, or you'll be at a disadvantage against the increasingly difficult opponents. You can throw weapons without ammunition towards the enemy to stun them and leave them vulnerable. Take note of the interactive items and use them to your advantage to clear the levels.

Play Time Shooter 2 game online in your browser free of charge on Arcade Spot. Time Shooter 2 is a high quality game that works in all major modern web browsers. This online game is part of the Shooting, Action, and Unity gaming categories. Time Shooter 2 has 4 likes from 4 user ratings. If you enjoy this game then also play games Legend of Zelda: Ocarina of Time and Mario & Luigi: Partners In Time. Arcade Spot brings you the best games without downloading and a fun gaming experience on your computers, mobile phones, and tablets. New arcade games and the most popular free online games are added every day to the site.