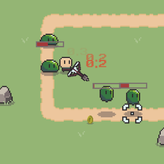 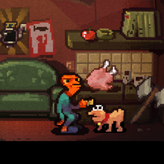 Murder at the Residence Gudu 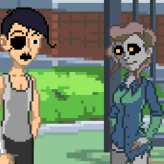 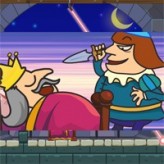 The mad king must be stopped and a new era must start! Help the sneaky man assassinate the King in his sleep in The King Murder! Fly around the castle and avoid lasers and sneak your way to the King’s chambers to stab him while he sleeps.

The King Murder is a puzzle platformer physics game where you take control of an assassin with a weird hat. Ordered to take down the king, you must fly your way to the king’s chambers undetected by the advance laser alarm. Avoid traps and bypass the king’s defenses to sneak in and slay him. Start a new era of political evolution and become the infamous king slayer in this fun puzzle game! Have fun!

Play The King Murder game online in your browser free of charge on Arcade Spot. The King Murder is a high quality game that works in all major modern web browsers. This online game is part of the Arcade, Puzzle, Physics, and Challenge gaming categories. The King Murder has 2 likes from 2 user ratings. If you enjoy this game then also play games The King of Fighters '97 and The Lion King. Arcade Spot brings you the best games without downloading and a fun gaming experience on your computers, mobile phones, and tablets. New arcade games and the most popular free online games are added every day to the site.